I have been thinking that each significant step in the history of this very blog should be underlined by something special, like an unrevealed figure from some collection of the past or currently off the painting schedule.

Thus, in order to celebrate the first 1000 of page views at Nowhere to Lead Soldiers, let me present you with this pair of combat hardened voltigeurs of the 1er Léger regiment. 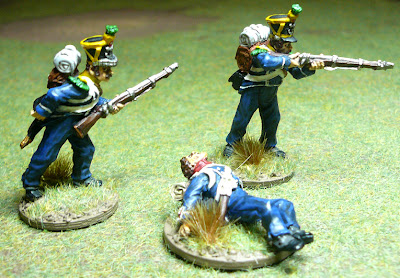 These two skirmishers of the Movember kind are part of a project that has slowly gone out of fuel a couple of years ago. I originally wanted to recreate Bauduin's brigade of the Jerôme Bonaparte Division at Waterloo, with the blurry objective to take the bunch  out for a pick-nick somewhere close to the orchard of Hougoumont. Building this little project on my own, I ran out of mojo, after spending to much time trying to have the black of the eye right in the middle of every single eyes… In the end I only managed to paint half of an half brigade, which make something close to a quarter, if I am correct, or even closer to a "nowhere to lead soldiers" award in the guinness book of failed wargaming projects. 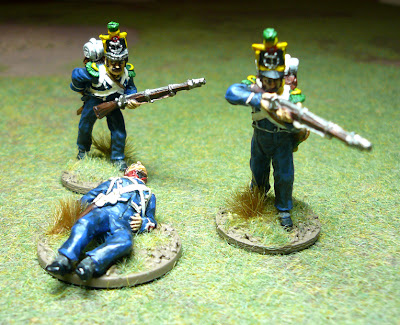 This thing said. These were some great Perry figures, some of their bests, so I have been wise enough to bring them in the new land where I have settled. And the customs control was kind enough to let these guys of francophone ascendences cross the boarder. 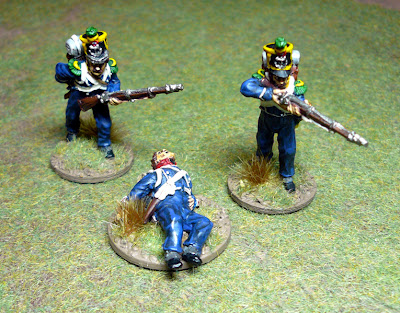 Since then, I have been lucky enough to find two people of choice to game with, who among their various qualities, share an unconditional taste for the Napoleonic Era and about everything related to it. John (here) and Iannick (here and there) are both the tireless owners of amazingly numerous Napoleonic armies, and even if they don't really need me to clutter the battle field with my own minis, I sometimes feel tempted to give an other go at the period. The serie of great napoleonic games we have been playing lately has of course to do with this. As much as the great set of rules designed by Curt of Analogue Hobbies we have been trying a few weeks ago (see the AAR here and there) and that we have already swear to play again. 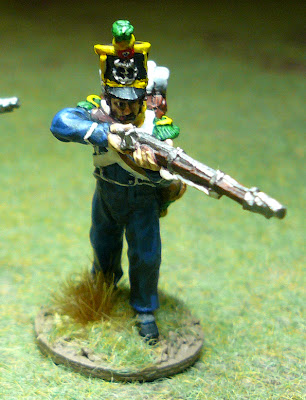 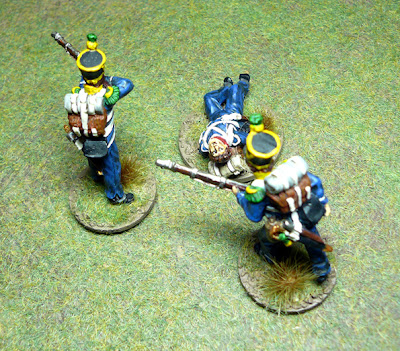 Many thanks to all who have been following this blog so far.