The last of their kind

Finaly, here they are, contemplating the empty horizon of their endless fate, the last of their kind, kings of fading realms and lost dreams... Or, to put it straight, the last two figures I'll be painting for the SAGA dwarves project.

One of those could have make a convincing a warlord, but I did not really need an other one, instead of what I thought it would be fun to have my 6 pts war band led by the Anglo-Danes King Harald and his two brothers, from the rule book. Thus, since I wanted to have these two Dwarf Kings painted since ages, here are the two brothers.

Now, I know that I will suffer from the comparison, but I thought it would be fare to show the picture that inspired me for those last two. Again, it is a magnificent piece of art from the russian illustrator Ivan I. Bilibine, whose work led almost all my choice with the painting of the dwarf  war band. I discovered the artist six years ago and his rather colorful prints have been haunting me ever since. Eventually it had me dive into the russian folklore and discover wonders that I never could quite imagine before. Lets just say for now that my attempt to render something from these corpus of inspiration is a first try, that is to be followed by many other.

But, for the time being, I'll be soon setting sail towards other interests, other kind of being too. The kind of regular human sized figures of an appearance totally compatible with SAGA. But that will be for 2013, for I recklessly enrolled in a painting contest that I have absolutly no chance to win (well, I did it more out of friendship, than for the vanity of honors), whose rules stipulate that brushes have to be kept dry from paint until december the 20th. So, more on that latter, I'll probably post an entry detailing what my modest participation to this challenge will consist of. 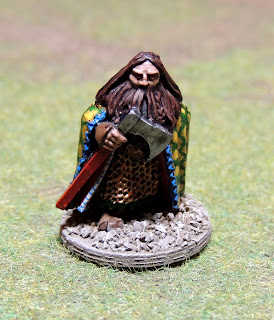 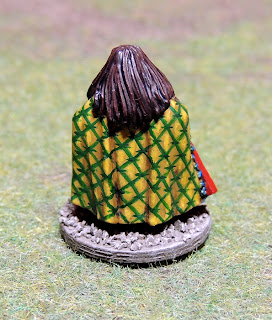 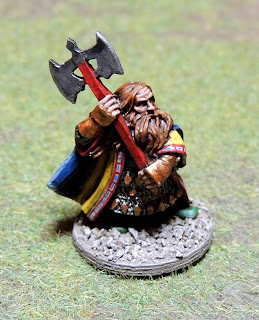 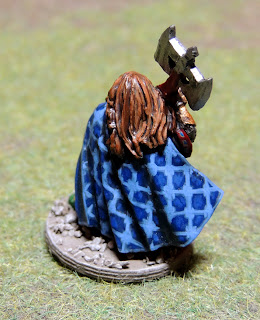 Oh, and I soon as I can take descent pictures of the all war band, I think I'll bundle it together on a single page... That is it for now!